In order to provide you with the best possible service, this website uses cookies and external services (e.g. Google Maps) from third parties. By using this website, you agree. More Information

In cooperation with mica - music austria the Austrian Music Fund is acting as a co-organizer of the European Talent Exchange Programm (ETEP). Following a term of five years (2011-2015), the project was extended for another two years. This allows the performances of at least 4 Austrian artists per year at the Eurosonic Noorderslag Festival and the increased participation of representatives of local companies and organisations. The arising costs are borne by the OMF and mica-music austria; an artist short-list is selected each year in cooperation with the local ETEP partners Radio FM4 (EBU partner), Frequency Festival, Nova Rock Festival and Waves Vienna (ETEP festival partner).

In 2014 a "Focus On Austria" edition of the festival was implemented. Themed "Austrian Heartbeats” this edition of Eurosonic Noorderslag Festival introduced an extensive Austrian line-up to international music professionals, the media and the local audience. 18 bands and more than 50 Austrian delegates set off to Groningen to celebrate this Focus On Austria. The well received Austrian gigs showcased the diversity and quality of the current Austrian music scene and produced very positive feedback from the audience and industry professionals alike. 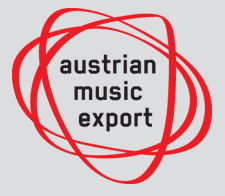